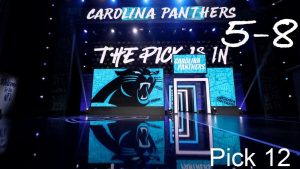 With the loss on Sunday, the Panthers moved from pick 14 to pick 12. Looking at the remaining schedule, it’s likely that Carolina will lose the rest of the games. Unless, of course, they pull off a miracle or the Saints sit their starters in week 17 again. There are three teams with the same record as Carolina, and two more teams that are within a game of them. Let’s take a look: 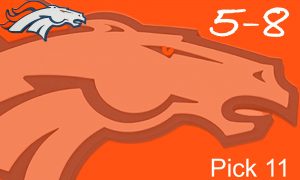 The Broncos are 11th in draft order, and they will likely move up. Behind the play of rookie quarterback, Drew Lock, Denver put up 38 points against the Houston Texans, beating them on the road. They play the Chiefs this week, but their last two games are against the reeling Lions and the Raiders. I’d like to think they’d win at least one of those games, but likely two of them. They should finish 7-9. 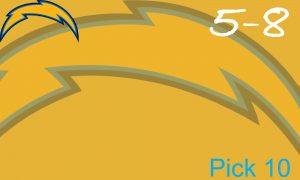 The Chargers are currently in 10th place in draft order. They looked good against the Jaguars last week, as they dropped 45 points on them. They’ve won three out of their last six, and those three losses were close games. The Raiders beat them by two, the Chiefs beat them by seven and the Broncos beat them by three. They’re last three opponents are the Vikings, Raiders and Chiefs. Depending on which Chargers’ team shows up, they can beat any of these teams. Realistically, they’ll likely end the season at 6-10, after only beating the Raiders. They could beat the Chiefs in week 17 if the Chiefs sit their starters, as well. 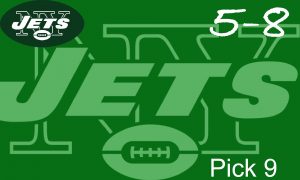 New York is currently in 9th place in draft order, and they have a tougher schedule than you’d want them to have. Their next three games are the Ravens, Steelers and Bills. The only game they could possibly win is against the Bills, only because it’s a division rival and Buffalo only won by one point in their last meeting. If they can pull off the upset against any of these teams, it will help the Panthers’ draft order immensely. Hopefully they’ll end up 6-10. 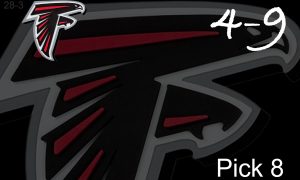 Atlanta sits in 8th place, and we can all agree that we don’t want them drafting ahead of Carolina. The Falcons play San Francisco, Jacksonville and Tampa in their last three games. Realistically, I don’t think they can beat the 49ers, but they’ve been playing well enough to beat them. They should beat the Jaguars and Bucs, without a doubt. Even if the Falcons only win one more game and finished with the same record as Carolina, the Panthers would still jump ahead of Atlanta in the draft based on strength of schedule. They’ll likely finish 6-10, if they keep up their current play. 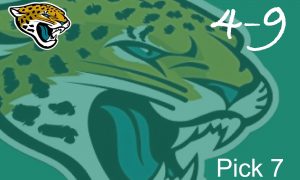 The Jaguars are struggling right now, and they’re sitting at 7th in draft order. Not sure that they’ll win another game, but it’s possible. The games they have left are against the Raiders, Falcons and Colts. It’s not likely they’ll beat the Falcons, as they’ve been playing well lately. The Colts have dropped five of the last six games, so it’s possible that the Jags could beat them. They could also possibly beat the Raiders, although it’s not likely they beat both. The Jaguars will probably win one of the last three, putting them at 5-8. Fortunately, they’ll still be ahead of Carolina in draft order due to strength of schedule. 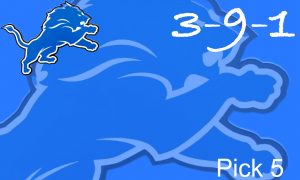 Detroit is a wildcard team in this scenario. They’re currently in 5th place for the order of the draft, and have a schedule that they could win two of the last three games. With their last three games being against the Bucs, Broncos and Packers, it’s not outside the realm of possibility that they’ll win two of those three. Especially if Matt Stafford returns to action. This scenario isn’t likely, but possible. If Detroit gets to 5-10-1, Carolina will move ahead of them in draft order.

The top 5-6 picks are pretty much set, and a few of these things likely won’t happen. After all is said and done, I expect Carolina to pick either 7th or 8th in the 2020 draft. With any luck, they’ll draft either left tackle Andrew Thomas (they might have to trade to 2nd overall to get him) or defensive lineman Derrick Brown from Auburn. What do you think about this draft position and who would you want at that spot? #KeepPounding