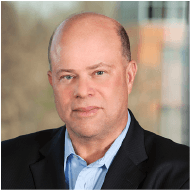 David Alan Tepper (born September 11, 1957) is an American billionaire businessman, hedge fund manager, and philanthropist. He is the owner of the Carolina Panthers of the National Football League (NFL). Tepper is also the founder and president of Appaloosa Management, a global hedge fund based in Miami Beach, Florida.

He earned a bachelor’s degree in economics from the University of Pittsburgh in 1978, an MBA from Carnegie Mellon University in 1982. In 2013, he donated his largest gift of $67 million to Carnegie Mellon, whose Tepper School of Business is named after him.

For the 2012 tax year, Institutional Investor’s Alpha ranked Tepper’s $2.2 billion paycheck as the world’s highest for a hedge fund manager. He earned the 3rd position on Forbes ‘The Highest-Earning Hedge Fund Managers 2018’ with an annual earnings of $1.5 billion. A 2010 profile in New York Magazine described him as the object of “a certain amount of hero worship inside the industry,” with one investor calling him “a golden god. Tepper revealed plans to eventually convert this hedge fund into a family office.

Tepper bought the National Football League Carolina Panthers from original owner and founder Jerry Richardson in May 2018, and was forced to sell his Steelers shares. He beat out a rival bidder with more ties to the Carolinas, Ben Navarro, thanks both to speedy NFL vetting (his Steelers part-ownership allowed the league’s owners to bypass the process) and his $2.2 billion bid, the highest in NFL history, lacking other investors. The team’s lease on Bank of America Stadium expires after the 2018 season. In a statement, Tepper committed to keeping the team in the Carolinas.