Tuesday is the faithful day where some good athletes get walking papers. But, conversely, roster long shots that caught the coaching staff’s attention will get no news, which is good news.

The players have submitted all the work. The ball is now in the court of Scott Fitterer and ultimately Matt Rhule, who has the final say in roster moves in Carolina.

Here’s a look at some of the highest risers in this final preseason week. 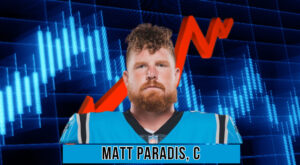 The interior OL had a rough outing in the third preseason game against the steelers. Paradis missed assignments and just had reps where the defender flat-out beat him. The issue is that he wasn’t facing the steelers’ best interior DL.

It takes the OL a little longer to get on the same page. It will be interesting to see if the Panthers will tweak the lineup. Paradis will make the team but will be a free agent in 2022. 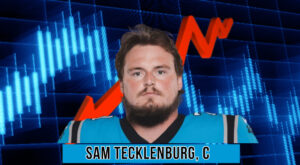 The second OL unit did not fare much better than the first. Tecklenburg had some struggles as well.

He got beat on some pass-rushing reps. He didn’t look the best in space either. Tecklenburg is the only other listed center on the depth chart. The interior line still feels fluid apart from the starting center and right guard spots. 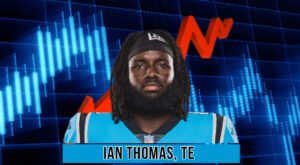 Thomas hasn’t played extensively in the preseason games. The coaches could be limiting his reps for the regular season. Even if that is the case, it doesn’t help that all the other backup TEs have been playing relatively well.

Thomas hasn’t shown that he is better than the backups at any singular skill. It might be best for both parties to part ways. Carolina would save 2 million against the cap, and the talented Thomas gets a fresh start. 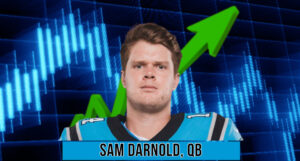 Darnold saw his first action as the starter for the Panthers, and he showed promise.

Even with consistent pressure from the rush, Darnold showed poise and did not turn the ball over. He was decisive and did not pass on easy throws for harder ones. His feet looked much more disciplined as well.

He laid any QB 1 debate to rest. The Panthers are rolling with Darnold for 2021. 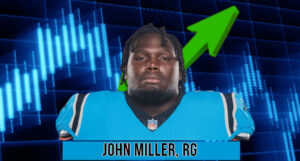 Miller was lauded last season as the type of player that Rhule wants on the team. So it came as no surprise that the team would bring him back in free agency.

On a night where the interior was roughed up, Miller was the best OL on the team. He did his job on stunts and nullified rushers in a 1v1 situation. As a result, he’s likely going to retain his starting spot at right guard. 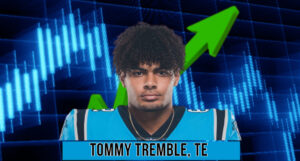 Tremble has done a bit of everything at the TE spot all camp. However, the most important thing he has done all camp was proving his worth as a receiver.

Tremble showed excellent concentration, reeling in a seam shot that was ricocheted around. He has also consistently turned a check-down into a first-down when targeted in the flat. The rookie should be battling for the TE 2 spot if he hasn’t secured it already. 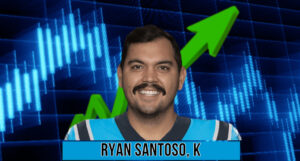 The Panthers traded a conditional 7th round pick to the Giants for Santoso just one day before the final preseason game. However, the coaches believed he showed enough to win the kicking competition.

Santoso made FGs of 52 and 27 yards and made all three of his extra-point attempts. It will remain to be seen if the release of Joey Slye was a rushed decision. For now, though, Santoso is the only kicker on the roster. 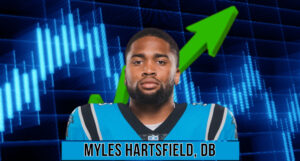 Hartsfield is the highest riser this week.

The box score will show one tackle and one pass deflection, but it won’t show that his reps came with the first and second-team defense. This is a huge change from his 4th string spot on the depth chart.

He has the ability to play safety and nickel corner. He could be in the discussion to occupy the Nickelback role until AJ Bouye returns from suspension.