The Panthers have endured two joint practices in as many weeks, with an unimpressive preseason loss against the Baltimore Ravens.

For many players, snaps have become more valuable. With training camp officially over, the battle for roster spots is over halfway complete. For some players, it’s already too late to prove their value. For others, the opportunity to climb the depth chart is still within grasp.

The second round of roster cuts will be due this Tuesday, as teams will be required to trim the roster to 80 players.

There is one more preseason game, the dress rehearsal for the first and second teams.

With less than ten days to go until the final cut day, here are the most recent lowest fallers and highest risers: 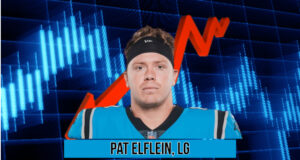 When the Panthers signed Elflein, they intended that he would become a starter at left guard. However, on Saturday night, the left side of the offensive line had a rough outing.

Elflein appeared ineffective in goal-line run blocking, as the Panthers failed on back-to-back plays for a turnover on downs. He may still be a starter for now, but he needs better outings to help steady this OL. 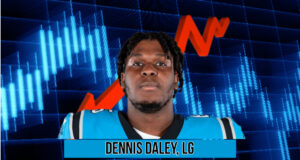 Before the season started, many looked at Daley as a starter with plenty of upside. Unfortunately, he did not do well on the left side either, as he appeared to have missed some assignments.

When he has been healthy, Daley has been solid in the past. However, he hasn’t shown enough to compete for a starting role, and nothing suggests he is taking many of the starter’s reps. 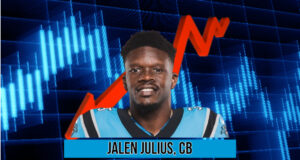 Julius has played a lot of snaps in these past two preseason games. But, unfortunately, he hasn’t been able to separate himself from the competition.

On Saturday, Julius played both nickel and outside corner. He showed some timidness in coverage. He also missed a tackle that led to a chunk play for the Ravens. Now that Myles Hartsfield’s snap count is increasing, Julius may see his opportunities dwindle as well. 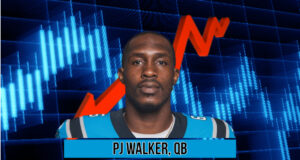 Walker appeared to come back down to earth after his solid outing against the Colts.

Instead of helping elevate the 3rd unit’s play, he seemed to play down to their level. As a result, he looked unable to establish a rhythm or extend a drive.

The door has slammed shut on Walker challenging Sam Darnold now. Instead, whoever wins the backup QB battle will probably get the extra reps on Friday night. 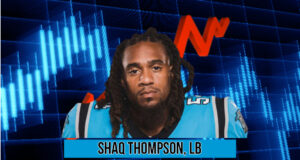 Thompson played four snaps against the Ravens, where he looked like his 2020 self.

He avoided blockers and attacked the wrong gaps again, which hurt the run defense.

Some of the younger LBs have become tone setters. Thompson’s role as the Mike LB appears to have changed. The Panthers may be looking into more of a rotation at LB, which would eat into Thompson’s snaps. 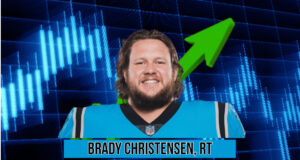 Christensen did not take reps with the starters on Saturday, but he was able to show improvement overall.

He played at both RT and guard and did well in run and pass blocking. He did not allow many rushers to get him on his heels this game, which was a key contrast from the Colts game. If there is anything the Panthers need on their OL, it’s a steady hand. Christensen appears to prove his worth in that regard. 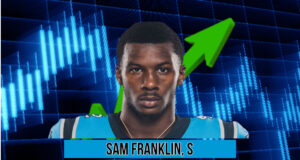 Franklin was a vocal tone-setter in the final week of camp, which carried right into the game.

He had another solid outing, making key tackles, including a 3rd down stop. His snap count has increased from the first game, playing in just under 50% of defensive snaps. Franklin is the second-string SS, and he has shown the versatility to play both spots. 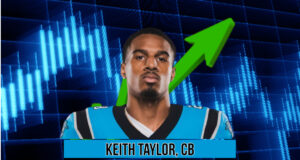 After it seemed as if the colts picked on him, Taylor bounced back with a solid performance.

He showed enough long speed to cover the deep ball, and he had excellent coverage underneath. Cornerback is one of the most demanding positions to play in the NFL. Being in position in different situations can be a game-changer. He appeared injured at one point but got back up under his own power. 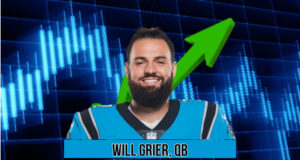 Coach Rhule mentioned that he wanted to see more of Grier, so he played with the second-team offense. He did not disappoint.

Grier established a good rhythm and made some beautiful throws on all three levels of the field. He did miss a TD opportunity, but this was easily the best outing of his career. The backup QB spot is still very much fair game. 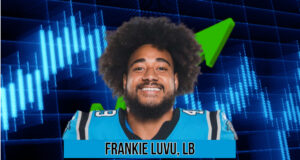 He was everywhere on the field and seemingly was in on every play, forcing a fumble, making key tackles, and rushing the passer. He brought energy to the defense after the first unit sat down and had a key pass deflection.

Luvu may have proved this camp that he is more than just a special teamer.