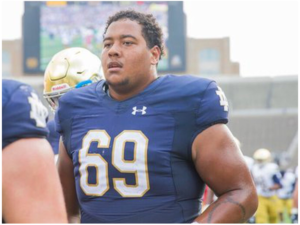 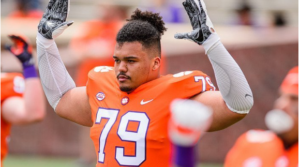 Jackson Carman is a 5-star recruit out of Fairfield, Ohio. He elected to
attend Clemson University in January of 2018 after turning down offers
from Alabama, Ohio State, and several other D-1 programs.
Carman saw action in 13 games as a true freshman, including some
snaps in the national championship against Alabama.
In 2019, Carman was named preseason third-team All-ACC. Carman
started in 15 games, including a critical matchup against the eventual 2nd
overall pick in the 2020 NFL Draft, where he neutralized Chase Young.
This performance saw Carman named to the AP 2019 All-Bowl team.
For the 2020 season, Carman took over starting duties at left tackle,
where he played in 12 games for the Tigers. He was named Second-team

All-American by CBS Sports, Second-team All-Conference by the
Associated Press, and Second-team All-ACC.
Carman announced that he would forego his senior year at Clemson and
declared for the 2021 NFL Draft on January 7th. He finished his collegiate
career at Clemson with 1,934 total snaps and 27 consecutive starts since
2019.

● Elite athleticism for his size
● Outstanding technique when executing a single-arm strike in pass sets
● Routinely finishes in the run game. Nastiness shows up every rep.
● Immaculate ability to execute blocks in space; extremely effective in the
screen game and outside runs.
● Power is not an issue. Strength and ability to anchor pops on tape.
● Plays with adequate leverage and shows the ability to get under people.

● Relies too heavily on his striking power.
● Edges with above-average counter moves give him problems.
● Feet get stuck in the dirt; he gets caught lunging more than you would like
to see.
● Needs to improve his feet. Has the ability to do so.
● Needs to improve his motor. Has a few reps where he does not play hard
until the whistle.

Jackson Carman is talented enough to be a consistent starter at either
tackle or guard in the NFL.
If there is one word to describe Jackson, it is “NASTY.” There is simply not
another offensive lineman in the country who plays with the physicality
and violence that you see in Jackson’s game.
Nastiness, consistency, desire to get better, and a massive frame are
traits that every NFL team needs.

Jackson spent most of his career protecting the blindside of whom many
believe to be a generational talent in Trevor Lawrence. Not only did he
hold his own in that role, but he also anchored a rushing attack that
featured Travis Etienne, one of the nation’s top backs.
When you cut on the tape, #79 flashes right away.
His need for refinement in his technique may cause him to be a day two
pick. However, he has all the tools to dominate at the pro level. Versatility
is paramount these days, and Jackson Carman can play on either side of
the line. 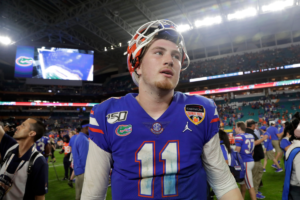 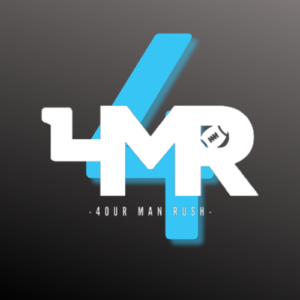 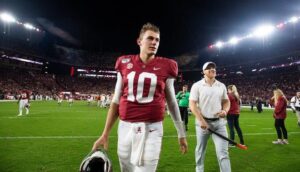 Mac Jones is from Jacksonville, Florida, and attended The Bolles High School. He was a three-star recruit in 2017 and was ranked the 399th recruit nationally by 247Sports. He received offers from Boston College, the University of Kentucky, Baylor University, and Arizona State University. He committed to the University of Alabama in June of 2016.

Jones spent his freshman season as a redshirt designation and received his first taste of action in 2018, where he appeared in 14 games, eight at QB, and others on special teams.

After a season-ending injury to starting QB Tua Tagovailoa, Mac Jones began to four games in 2019 and finished with 1,503 passing yards, 14 touchdowns, and three interceptions.

Jones became the starter in 2020, where the Redshirt-Junior led the country in passing yards with 4,500. Jones also amassed 42 total touchdowns and four interceptions. Jones finished 2020 as a Heisman and Maxwell award finalist and won the Davey O’Brien Award, Johnny Unitas Golden Arm Award.

There is no doubt that Mac Jones benefited from the wealth of talent on Alabama’s roster. However, no matter how talented his cast may be, the QB still needs to take care of business on his end, which Jones did.

His pocket awareness and movement are right up there with the best QBs in the class, and when he has the opportunity to set his feet and throw, Jones is at his very best. He played within Steve Sarkisian’s offense exceptionally well and did not make many mistakes.

Teams may be concerned with how well he moves in general, though. He is a pocket-based QB. Throws on the run are not a strength of his. His inability to go off-script makes him less appealing than the other top-5 QBs in the class.

Jones has started a full season in his collegiate career, which may cause some concern amongst scouts and front offices. He will not have the natural athletic ability that other QBs fall back on as a second option.

To hit the ground running, Jones needs to go to a team that has a solid foundation already, especially on the offensive line, with a solid core of receivers who can get separation quickly.

Teams that best suit him will likely be picking outside of the top 15. If he goes to the correct situation, he could see a much faster start to his NFL career than all of the QBs that will go before him.