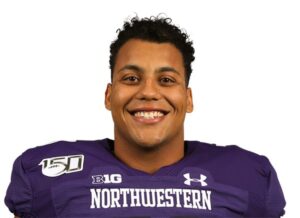 A three-year starter on the offensive line who opted out of his senior season in
2020.
His freshman year in 2017 at RT resulted in him being named to the All-
Freshman Big 10 team.
His sophomore year in 2018 ended up with him being named the 4th best OT by
Pro Football Focus.
His junior year he switched to LT and he dominated with giving up zero sacks,
one QB hit, and five QB hurries in 11 games played.
Before opting out, he was a preseason All American and on the Outland Trophy
watch list.

● Does not have a long wingspan for typical NFL OT.
● Needs to improve functional strength
● Does not blow DL off the line of scrimmage
● Does not possess heavy hands

Rashawn Slater’s natural abilities are at their best in an inside/outside zone
blocking scheme. However, he is capable of being effective in any blocking
scheme. He can play all five positions effectively.
Due to having shorter arm length preferred at the NFL level, some may see him
better as a center or a guard. He is more than capable of performing at a high
level at left tackle. His ability to be fundamentally sound, awesome athleticism,
and extremely versatile makes him NFL ready on Day 1. 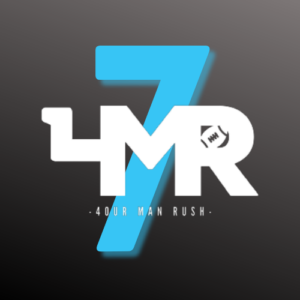