I went to sleep early Thursday night just to wake up to watch that crap game that we were subjected to look at. This was easily the worst performance that we’ve seen all year. Full disclosure: If you are looking for a nice fluff piece about last night’s loss, this won’t be the one. We absolutely looked like s*** last night. I can’t deny that we had a few high points throughout the game but for the most part we played a very sloppy and a very ugly game. Not to mention against a 1-6 NFC South rival at that. That’s just unacceptable. I’m not holding anything back this week so let’s dive right in.

If there was a word that best described this offensive line as a whole, then that word would be inconsistent. VERY inconsistent if we’re being 100% honest. Seriously, I would argue that we may have THE most inconsistent O-line in the NFL and I don’t think it’s close. To be fair, this may be the most frustrating bunch to watch simply because you just never know what you’re going to get from them. In some games we get glimpses of straight dominance from up front, while in others this O-line looks like a bottom five unit. To make matters even worse our veteran players up front are the ones getting beat the most. Matt Paradis and Chris Reed could seriously make a case for single handedly losing last night’s game by themselves. 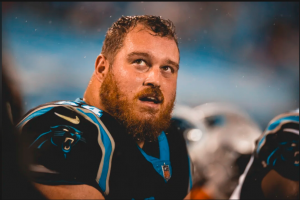 Now, I recognize that no game is won or lost by one man. It takes 11 players to win, just like it takes 11 players to lose. So don’t get my comments wrong here. There is plenty of blame to go around and not all of it falls at the feet of the offensive line. But with that being said, they WAS the biggest reason for last night’s loss after getting your QB hit eight times along with allowing three sacks. It’s painfully obvious that our offensive line is a big problem. Outside of Taylor Moton, we could seriously use a complete overhaul up front. And I am not joking. With eight more games left in the season, it’s going to be very interesting to see what happens with this unit moving forward. 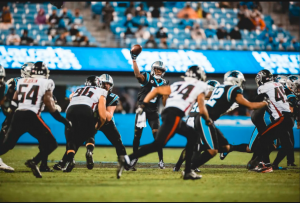 In my previous segment I stated that the offensive line was one of two reasons for us losing the game. Well ladies and gentlemen meet reason number two. The Carolina Panthers defense. This unit has been up and down, hot and cold all year. Therefore, it’s only fitting that we were absolutely freezing all game. Very simply put we looked horrible on the defensive side of the ball. It was hard to even watch at times. We still have linebackers that struggle with simple aspects of football such as shedding blocks, form tackling, and still diving at players feet in space. We ended this game leading the NFL in most missed tackles through eight games. We also have a roster full of corners that are better suited in zone coverage than man coverage, but they STILL struggled with basic zone assignments and reads. We have a defense that is incapable of forcing 3rd down long all season. Our last two opponents have only punted the ball ONCE in the last eight quarters played. These struggles with getting off the field on 3rd down is why the Panthers currently ranks 31st in the NFL in forcing 4th down 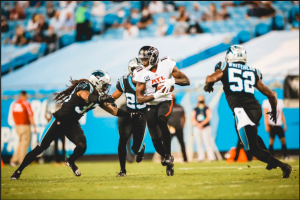 Yeah I get that we have a young roster and with youth come mistakes. I understand that completely. Which is why I’m not harping on some of the mental mistakes and penalties that we took late in the game. But having a young team doesn’t excuse poor tackling or not knowing your assignment when the ball is snapped. That’s just unacceptable in my opinion. Outside of Brian Burns, Jeremy Chinn and Derrick Brown our defensive unit is depressing. Getting Rasul Douglas back next week should be huge for our secondary but we are in desperate need of a shutdown CB and a pure MLB. These next eight weeks are going to be telling. Phil Snow…. you have your work cut out for you buddy. 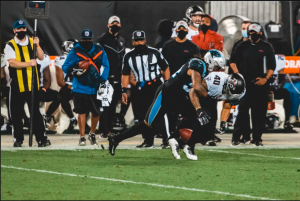 Keeping this final segment short and sweet here. Let me first start by saying, I owe Curtis Samuel a huge apology. I was one of the loudest people calling for us to trade Samuel by the November 3rd trade deadline. Boy was I dead wrong for wanting him gone. You only need one word to describe Curtis Samuel and that word is BALLER. It doesn’t matter what position you ask him to play. It doesn’t matter where you have him lined up at. Simply put he is a matchup nightmare. Over time he has become a tremendous route runner, with an athletic resume that can allow him to play WR and RB. Perfect example of the definition of a team player. With all this talk amongst fans about Panther players and who is the team’s  “Number One WR”, we often lose sight of how special Samuel is for this offense and for our team. He finished the game with 7 total touches, 54 total yards of offense and 2 TDs. Have you a day Curtis Samuel. Kudos to you! 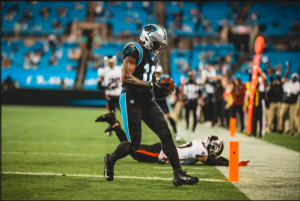 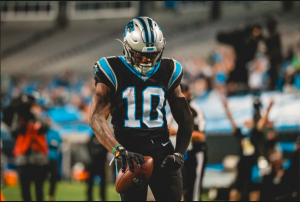 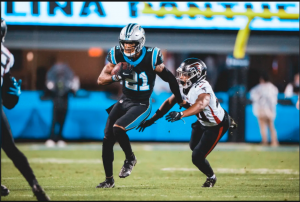 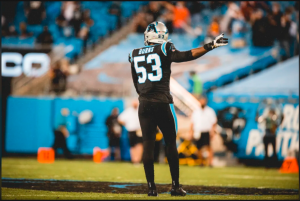