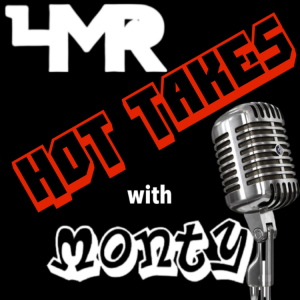 To say that it’s been a crazy first month of football in the NFL, especially for our Carolina Panthers, it would be an huge understatement. From beginning the year with no OTAs, no mini camp, no full training camp and no preseason games, to starting the season off 0-2, to losing our best offensive weapon in RB Christian McCaffery for 4-6 weeks.

The year 2020 has been unlike any other for many fans (and just people in general) want to hurry up and put in the past. So it’s fair to say that after starting the season off 0-2 with consecutive ugly losses, many fans were already packing it in and getting ready for the 2021 draft process to start before this season had even really taken shape. Well over the last two weeks that narrative has changed for good reason to. We are a very young, but very talented team that doesn’t know how to quit. I’ll take that everyday of the week. So with that being said…. let’s jump right in.

I think it’s time we as Panthers fans have to admit that a lot of us may have been wrong about Teddy Bridgewater’s ability to play QB at a high level. Yes I get it, Teddy isn’t Cam Newton. He isn’t the same athlete that Cam once was. He isn’t the same showman that Cam was. Teddy doesn’t really bring out that same infectious, fun loving energy that Cam brought to this team every single week. I get that! All of which are fair assessments but none of which is actually needed to win games. Teddy Bridgewater, very simply put, is a leader and winner. Doesn’t matter how many times you knock him down. Doesn’t matter how many people have counted him out. As long as he has the ability to play he’s going to give you everything he has in the tank, and he’s going to put the team in the best position to win games. That’s all you really can ask for from your QB. Against Arizona, Teddy looked like a stud by having 70.2% completion as a passer, over 300 total yards of offense along with 3 total TDs. His steady play also allowed us to win the battle of time of possession (T.O.P) with 37:08 to Arizona’s 22:52. There isn’t really much to complain about from Teddy’s game yesterday. We came into BOA stadium looking to build off of Week 3’s success and we accomplished that goal. I am very proud to call Teddy 2 Gloves MY QB of the future. Good job QB 5.

Yesterday we arguably saw the most complete game of football under this new coaching regime that we’ve seen all 2020. Yes, I am aware that we have only played 4 games this season, but it just feels like each and every week this team keeps getting better and better. By no means do I believe we played a perfect game, but yesterday we played the closest thing to a complete game that we’ve seen in years and that all started with our defense. DEs Brian Burns and Yetur Gross-Matos applied consistent pressure on Cardinals QB Kyler Murray all game long. Although it might not have led to any sacks, both Burns and Gross-Matos kept Murray unbalanced and uncomfortable all day. Match that with DT Derrick Brown having his way up front preventing Arizona from running the ball effectively.

The Panthers secondary held WRs DeAndre Hopkins to seven catches for 41 yards, Christian Kirk to three catches for 19 yards, and Larry Fitzgerald to 2 catches for 4 yards. You can see how quickly our defense has evolved from Weeks 1 & 2 up to Week 4. The same can be said about our offensive line, RB corps and WRs. The growth that we’ve seen from the first two games to what we saw yesterday is exciting to say the least. Watching guys like RB Mike Davis step up and put together a solid game for us during the absence of Christian McCaffery is huge. Watching this makeshift offensive line come together and keep Teddy clean all game while opening up running lanes for Davis and Bonnafon to run through is also exciting to watch. Watching Teddy establish a rapport with WR Robby Anderson each week is exciting.

Coming into this game, Teddy had been sacked eight times and was tied for the 10th highest sacked QB in football this season. Fun fact: The Panthers offensive line didn’t allow a sack and only five QB pressures all game long. In Week 3 at the Los Angeles Chargers we saw our offense move the ball effectively, but stalled out in the Red Zone and have to settle for FGs all game. However vs. Arizona Cardinals when we got to the Red Zone, we not only scored … but scored TDs. It’s like we saw a completely different team executing, and I absolutely can not wait to see what this team will look like when Weeks 15 and 16 roll around. All and all, I am very proud with this team performing on both sides of the ball. Great team effort and great team win which is all you can really ask for. 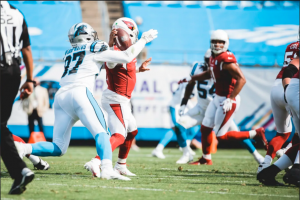 Keeping this segment short, sweet and simple. It’s still way too early to crown or crucify this new coaching staff and regime. I believe we as fans often have unrealistic expectations for new head coaches in the NFL. From fans who think we are a lot better than what we actually are to the fans who think we are a lot worse than what we actually are. The majority of the time, we as fans, are our own worst enemies. That being said, Coach Matt Rhule has earned my respect and has at least earned himself some time and a fair shot to turn this organization around into a winning one.

My biggest question coming into this season was how would Rhule demand respect from his team with a roster full of grown men. How would this coaching staff respond to adversity early in the year when things don’t go well? How can he come in and establish a CONSISTENT WINNING CULTURE here in the Carolinas? I recognize that it’s only been four games but as of right now I think we all can agree that we are ahead of schedule when it comes to growth and development as a team. It’s still a very long season, and no team has ever won the Super Bowl in October. But I will give credit where credit is due. Coach Rhule….. “Kudos brother. Kudos!” 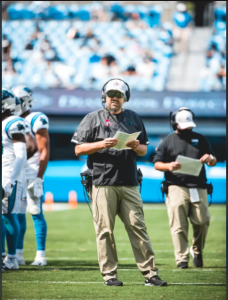 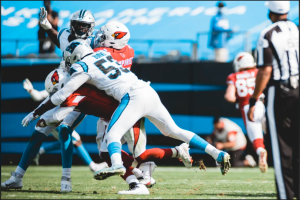 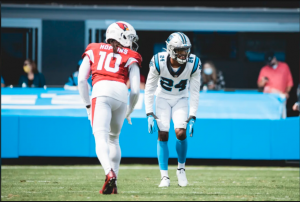