The Panthers just signed top free agent Robby Anderson to a two year contract, but that doesn’t mean they’re done building the offense. Carolina could look to take another offensive weapon in this year’s draft, even though the need isn’t as high as other positions. 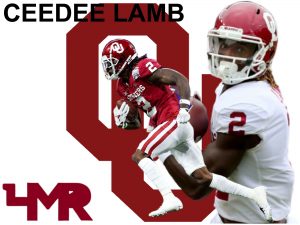 Lamb is everything you’d want in a number one wide receiver. He has good speed, great hands and great body control. Lamb is terrific at running routes and getting yards after the catch. He’s also a good blocker, which would bode well for Christian McCaffrey. It will be hard to pass on Lamb if they still deem receiver a need. This guy is the real deal. 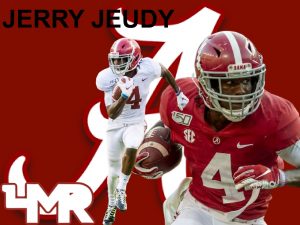 Jeudy is another one of those can’t-miss wide receivers that would immediately make any offense better. He’s an amazing route runner who possesses good hands and footwork. Like Lamb, Jeudy is also a good blocker. Unlike Lamb, Jeudy is an elite downfield threat. He tracks deep balls with ease and almost always beats the defensive back. Jeudy is a legitimate number one receiving prospect that no doubt intrigues Carolina.