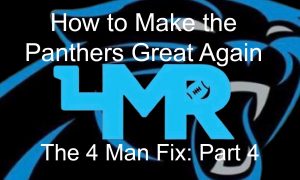 This is part four of the five part series about how Carolina can become relevant sooner rather than later. Part three was about some free agents that Carolina could look at to fill some open spots on their roster. This article is about some players that need to be targeted in the draft.

This is a very important draft for Matt Rhule and the Carolina Panthers and they need to get these picks right. Marty Hurney hasn’t been very good at getting talent outside of the first round, but it sounds like Rhule, Brady and Snow will have a hand in who Hurney selects. There are sources that believe that Hurney will head to Washington after the draft to be the General Manager, so Rhule and Co. will make sure to pick the right guys. The goal of the draft is to get starters in at least the first three rounds, so that’s what we will cover in this article. 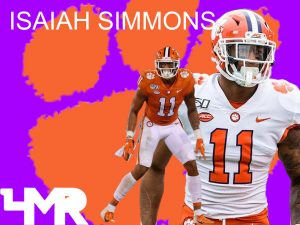 Not sure he will be there at pick seven, as his combine probably boosted his value into the top five range. However, if he is there, Carolina should run to the podium with his name on their draft card. He is a position-less player, which means he can play multiple positions well and he’s an insane athlete, and that’s exactly what Rhule is looking for. Simmons is the most versatile player in this draft. At 6’4 and 238 pounds, Simmons ran a 4.39 40 yard dash. There is only one linebacker to run faster than Simmons since the NFL started releasing combine information to the public in 2006. In 2018, Shaquem Griffin ran a 4.38 40, but also weighed 11 less pounds than Simmons.

At Clemson, Simmons didn’t have a certain position, because he played so many different ones. He took 218 snaps at safety, 286 snaps at slot corner, 168 snaps at outside linebacker, 120 snaps at inside linebacker and 17 snaps at outside corner. Simmons also rushed the passer 71 times and had 7 sacks. The former Tiger mentioned that he wants to play weak-side linebacker, which will play right into his athleticism. With Shaq Thompson getting the chance to play middle linebacker, Simmons would thrive on the outside. There’s no way the Panthers can pass up on Simmons at seven if he’s there. 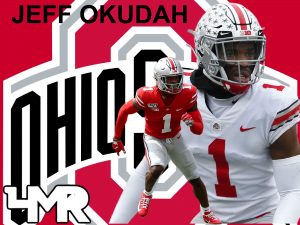 Like Simmons, it’s not likely that Okudah will make it to pick seven. Okudah is the next big thing out of Corner University (Ohio St.). Okudah has the length and speed that coaches love in corners. He has good ball skills, as he had 3 interceptions last year. Okudah is an outstanding athlete that has quick feet and fluid hips. He can play a variety of coverages, while doing it well. Okudah fits the athletic profile that Matt Rhule is looking for. The Draft Network says that Okudah plays like Jalen Ramsey, which is a really good comparison. Okudah would come into Carolina and take over for James Bradberry, who Carolina is likely letting walk in free agency. The Panthers would have a Pro Bowl caliber corner for at least the next five years with this selection. 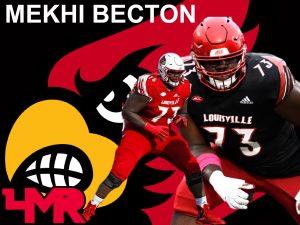 Even though the Panthers just traded for Russell Okung, they will still consider taking a tackle in the draft. Especially since Taylor Moton’s contract is up at the end of this year. Becton is 6’7 and 369 pounds with only 17% body fat. He can do everything you’d want a left tackle to do, and do it well. Becton shows good footwork, drive and awareness in pass sets. He has powerful hands and uses them well. At 6’7, he has a wingspan of over 7 feet. He’s strong, powerful and faster than someone his size should be. His wide frame allows him to eat up a lot of space. It’s almost like this kid was built in the same lab as Cam Newton. Becton was born to play left tackle and he’s going to maul edge rushers for years to come. 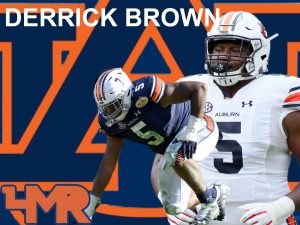 Some people fell off the Brown train after his combine performance, which is unfortunate. When looking at a player, you watch the film and look at his potential. Brown’s film was really good. He is one of the best all-around defensive linemen prospects in a long time. Brown is so powerful when rushing the passer or stopping the run. He has a bevy of pass rush moves and counters. The Auburn standout has a high motor and is extremely competitive. His hands are powerful and precise, and can toss blockers aside with ease. Brown has incredible bend and flexibility for a player his size. He will crush you if you run at him. Brown would anchor this defensive line for a long time. He is going to be a dominant force for whoever picks him. Judging by how bad Carolina’s run defense was last year, he should probably be the pick at seven.