If Carolina fails to re-sign Tre Boston, they’ll be in the market for a new safety. Boston is worth bringing back, but he may not fit what Phil Snow wants in a safety. There are a few that will likely hit the market this offseason. 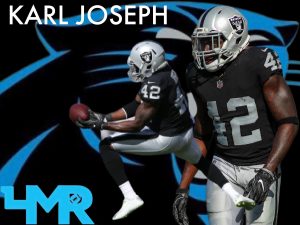 Joseph’s career has been up and down for the Raiders, since he was drafted in the first round of the 2016 NFL draft. However, he did play well last season and is extremely talented. In 2019, Pro Football Focus graded him at 69.9. He’s not quite the ball hawk that Tre Boston is, but he’s definitely a hard hitter. While he played Strong Safety for the Raiders, he could slide into Free Safety for Carolina. Joseph’s market value is a little below $8m according to Spotrac, which is less than it would probably take to sign Boston to a long term deal.

Ward helped the 49ers make it to the Super Bowl, where they fell short of beating the Chiefs. He played decent last year, as he had 65 tackles and 1 sack. Ward isn’t a ball hawking safety, as he’s only had 2 interceptions in five seasons. He’s a cheaper player with some upside that Carolina could look at signing.

With Bradberry likely leaving in free agency, Carolina will need a new number one corner. They will likely look to the draft for one, but they’ll also be on the lookout in free agency for another corner. 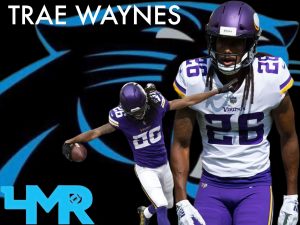 With the Panthers not wanting to overspend for Bradberry, it makes sense for them to look at some solid free agent corners. Trae Waynes, a former first round pick, has been fairly good for Minnesota since being drafted in 2015. In 2019, he amassed 58 tackles, 8 pass deflections and 1 interception. Waynes runs a 4.31 40, which would make him one of the fastest players on the team. He’d be a lesser known guy for Carolina to sign that can make an impact, at a much lower price than Bradberry. Waynes’ current market value is estimated to be around $8m per year. 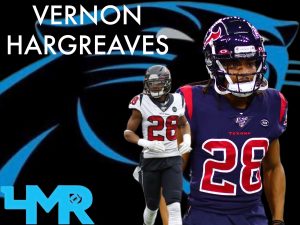 Hargreaves has had an inconsistent career so far, but the talent is there. His athletic profile is comparable to Marcus Peters, who is one of the leagues’ best corners. He has good ball skills and is extremely competitive. With the right coaching, Hargreaves could become a solid corner for the Panthers. He should be slightly cheaper than Waynes too. 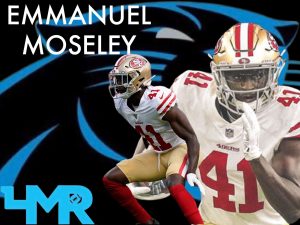 At 23 years old, Moseley finally got his chance to start for the 49ers in 2019. He was signed by San Francisco in 2018 as an undrafted free agent. He’s fast, explosive and fits the athletic profile that Rhule and Snow may be looking for. He’d be in line to start on the outside.

With the inconsistency of the offensive line last year, Carolina will likely be in the market for a tackle. Daryl Williams was absolutely abysmal last season, no matter what position he played. Even though the Panthers aren’t likely ready to give up on Greg Little, they definitely need a contingency plan in case of injuries. 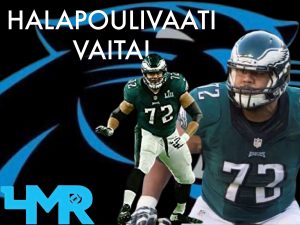 The former fifth round pick has been the swing tackle for the Eagles since 2016. He has been solid in the 20 games he’s started in his career. He shows good push and ability to get to the second level in the run game. He’s equally as good when pass blocking, as he has solid footwork and hand placement. He has been buried on the depth chart because of Lane Johnson, Jason Peters and Andre Dillard. Vaitai can play both left and right tackle, so his versatility would make him an asset to Carolina. He could push Little for the starting left tackle spot if signed. This would be a solid under-the-radar signing by Hurney.

Getting some of these guys could vastly improve the Panthers and not cost them all of their salary cap. Who knows what the team will actually do, but getting a few of these young guys for cheaper would help speed up the rebuild and make Carolina relevant sooner, rather than later. Keep a lookout for part four of this five part series, which will cover some draft picks that Carolina should make. In case you missed it, here’s part 1 and part 2. #KeepPounding #4MR