With Olsen essentially being cut by Carolina, they may be in the market for a new tight end. This is a different regime and it’s unclear how they feel about Ian Thomas. This should be the year Thomas shines, but there’s a possibility that the Panthers are looking for someone else. 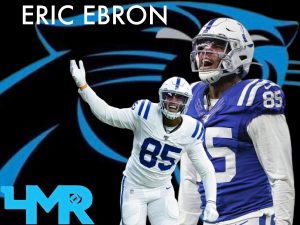 Ebron resurrected his career in Indianapolis and is looking for a long term deal. He’s a former first rounder with a lot of talent. He can run any route and is pretty fast for a guy his size. Injuries are a bit of a concern, but for the right price, he’s worth a look. He only had 31 catches in 2019 due to injury, but in 2018 he had 66 catches for 750 yards and 13 touchdowns. This potential production could be very intriguing to Joe Brady. 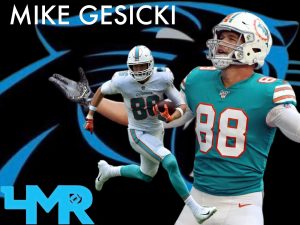 This one makes a lot of sense. Mike Gesicki isn’t a free agent, but Carolina could look to trade for him. Gesicki is an extremely athletic tight end who could do well in Joe Brady’s offense. In 2011, Carolina traded for Greg Olsen and it was one of the best decisions of Hurney’s career. Trading for Gesicki could be another good trade. He’s been underutilized in Miami and they could be looking to get some value for him. Trading a third or fourth round pick for Gesicki would be a steal if Miami would part with him. Especially since Hurney struggles with mid round picks. This way, he gets a proven player instead of trying to draft one.

If Carolina let’s Addison and Irvin walk in free agency, they’re going to need another defensive end. Burns, Miller and Haynes will be the only ones on the roster. The Panthers could look at a couple edge rushers in free agency. 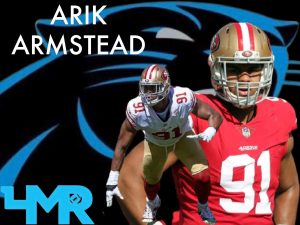 Carolina should do their due diligence in seeing how much Armstead would cost. The former first rounder helped the 49ers get to the Super Bowl and Carolina could use his services. He had 54 tackles and 10 sacks in 2019 and would be great paired with Burns and Short. Armstead has gotten better with each year and in 2019, Pro Football Focus graded Armstead at a whopping 89.8. He’s an impressive player that would bring a solid pass rush and run support to the Panthers, opposite Brian Burns. 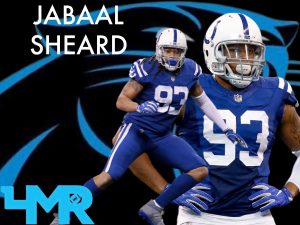 Sheard is a solid vet defensive end that could be a good consolation prize if Carolina can’t get their hands on Arik Armstead. He’s good for around 5 sacks per year and could be a good mentor for a potential draft pick. At 30 years old, he won’t command as much money as Armstead will.