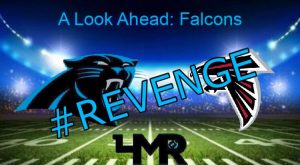 Well, that was a bad loss. So bad, that it cost Ron Rivera his job. We would like to thank Coach Rivera for everything he’s contributed to the team and wish him luck in the future. There’s no doubt that he will be a solid head coach elsewhere. Now, let’s look ahead to the falcons:

The Falcons have only won three games this year, but one of those wins came against Carolina. This time around, they’ll have Devonte Freeman back, so they’ll look to run against the Panthers’ porous rush defense.

It’s been a long, hard road for Carolina this year. With all the injuries and the defensive scheme changes, it’s been too much to bare. It’s not all bad news, though. Of the eight losses that Carolina has, five of those were lost by one touchdown or less. That’s definitely something to build on for next season. Although, this team will probably look a lot different in 2020-21.

Kyle Allen had his ups and downs on Sunday, but couldn’t lead the team to a win with any last second heroics. Allen hasn’t done well this year when playing outdoors, so playing on turf this Sunday should suit Allen’s strengths. Allen will need to go through his progressions faster and get the ball out quicker against Atlanta, if he wants to win this game. New offensive coordinator, Scott Turner, will no doubt have some new wrinkles up his sleeve, as he auditions for the job on a more permanent basis. Hopefully, the protection up front will give Allen a little more time to find the open receiver.

Christian McCaffrey was held in check on Sunday, but that’s mainly because Carolina abandoned the run when started losing. This was only the third game this season in which McCaffrey was held without a touchdown. Atlanta is in the middle of the pack against the run, as they are ranked 16th and allowing 108.6 yards per game. CMC will be used early and often, and he will be used heavily in the passing game as well. Look for a lot of misdirection plays this weekend. Also, with the lack of protection, look for a few screen passes to McCaffrey.

DJ Moore continues to impress fans, as he grows into the number one receiver role. Both him and Samuel had touchdowns on Sunday, showcasing their ability to get separation. (Wright showed he could open too, on the last play of the game) The Panther receivers will get their chance to make plays on Sunday against the 26th ranked pass defense. Scott Turner is calling plays, so there’s no telling what he has up his sleeve. There will likely be a lot of short routes to get the ball out of Allen’s hand faster. With Greg Olsen out, Ian Thomas will have an increased role in the offense on Sunday.

The Panthers’ defense just continues to get gashed on the ground. This is caused by a few things, but it all comes down to missed assignments and lack of gap discipline. Some of it is the offense’s inability to sustain long drives, because the defense is spending the majority of the game on the field. Three and outs hurt the defense. This week, we don’t know who will calling the defensive plays, as Ron Rivera has been calling them since the middle of last year. Interim Head Coach, Perry Fewell, won a Super Bowl with the Giants as their defensive coordinator, so I’m betting he will call the plays. Hard to tell what kind of game he will call, but I think he will have the guys getting in their gaps and playing better. Brian Burns will likely play a lot more this Sunday, and they’ll need him at his best if they want to pressure Ryan.

Matt Ryan has been pretty solid this year, and burned the Panthers in their last meeting. He will likely be getting his tight end, Austin Hooper, back after being out for the past few weeks. Atlanta is second in the league in passing yards per game, at 295.6 yards per game. With weapons like Julio Jones and Austin Hooper, he could have another big game this Sunday. Don’t sleep on the Carolina pass defense, who has shown the ability to lock down passing games at times.

Devonte Freeman was absent the first time around, but he will be a full go on Sunday. Barring any defensive improvements by Carolina, Freeman could have a big day. Carolina has had trouble all year against misdirection running plays, so Atlanta will try to expose that deficiency.

Julio Jones, Calvin Ridley and Austin Hooper have been really good this year. This trio can be very dangerous when they’re hot. The Atlanta receivers beat Carolina with a lot of deep routes last time, so they’ll look to do that again.

The Falcons defense hasn’t been good the majority of the year, but they’ve gotten better as of late. Their pass rush has woken up and pressured the quarterback a lot lately. That’ll be the key to them winning. If they can pressure Allen, it’ll rattle him and he will make mistakes. Although, Allen has been really good in games played in domes.

• Pressure Ryan. If Carolina gets consistent pressure, it could be a long day for Matty Ice.

• Win the time of possession battle. The offense needs to sustain long SCORING drives to keep the defense fresh and take the pressure off of them.

Carolina takes a huge hit with Greg Olsen and Greg Little out this weekend. Dennis Daley and Ian Thomas will be their replacements. Atlanta will be without two offensive linemen, but it shouldn’t affect their passing game much.

Atlanta whooped Carolina in their last meeting, but this time the game is in a dome. Kyle Allen thrives indoors, as he’s had 9 touchdowns and no interceptions in those games. Carolina will look like a much different team, as they’ll win 30-24 in Atlanta. Half of Panther Nation will cheer and the other half will be upset at losing draft positioning. Christian McCaffrey will go off and have 230 total yards and 2 touchdowns. The Carolina defense will smother Devonte Freeman and only allow 65 yards rushing. This will be a statement win for Perry Fewell, as he’s interviewing for a coaching position. Keep Pounding, Panther fans!