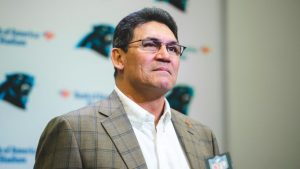 The search for a new head coach in Carolina begins now. On Tuesday, December 3rd, Ron Rivera was fired from the Carolina Panthers. Rivera had been the head coach since 2011 and had a record of 76-63-1. In 2015, Rivera led the Panthers to Super Bowl 50, where they fell to the Denver Broncos.

In the entire existence of the Panthers, they’ve never had back to back seasons over .500, and that’s something that owner David Tepper wants to change. That change helps Rivera, too, as he gets a chance to have a fresh start elsewhere. A fresh start that he deserves. Ron Rivera is one of the nicest people I’ve met, and he is well respected within the NFL. He will be hired by another team the moment the offseason begins.

The Panthers start their coaching search immediately and David Tepper likely already has one or two people in mind. Tepper isn’t going to make any rash decisions in hiring a candidate either. He wants to build a team that can sustain success, so he will be very thorough in his evaluation process.

For the potential head coach candidates, this is a very intriguing job opportunity. There is a lot for a coach to like when they look at the Panthers. Let’s take a look at what some selling points would be for the future head coach of the Panthers:

Owner Who Wants To Win No Matter What 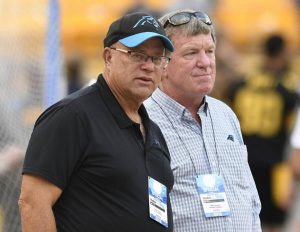 David Tepper will not accept mediocrity, as he has told the media, and he will spare no expense to make sure his team has every advantage needed. Tepper was perplexed at the fact that the team didn’t have an indoor practice facility, so he had a practice bubble built. He’s made upgrades within the stadium that needed to be made as well. Tepper is the type of owner that will do what it takes to have his team in position to win, no matter the cost. That starts with a new head coach.

Coach Can Rebuild the Trenches

It’s no secret that Carolina has issues on both the offensive, and defensive, lines this year. As everyone knows, success starts in the trenches. A new coach can implement his scheme and employ players on the lines that best suit his scheme. Most of the players on the defensive side of the ball are set to become free agents, so a new coach will have an opportunity to rebuild the defense as they see fit. Chances are, this will be an offensive minded coach, so he will have to employ a solid defensive coordinator to oversee the line. The offensive line needs a lot of work, so that’s one of the first thing a new coach will look at. It all starts in the trenches.

Ron Rivera mentioned “southern hospitality” in his final press conference on Wednesday. The Carolina Panthers have some of the best fans in the league and that’s a huge plus for any new coach. We could probably do more to support the team during losing seasons, but overall it’s a great fan base. The vast majority will support and show up for the team when they need us most. There’s also a growing number of super fans, who dress in costumes to support their team. Some, like the photo below, have been here since day one.

The Panthers won’t have the most salary cap funds to spend, but they’ll have enough to persuade a coach. Carolina is estimated to have around $43 million in cap space for the upcoming offseason. There are moves that will happen to open up more cap space, both forcefully and organically. Dontari Poe will likely be cut as a cap casualty, which will add around $10 million to the cap.

With the changing of the guard, coupled with his recent concussion and injury history the past three years, it could be time for Greg Olsen to hang it up. Couple that with the recent struggles of McFarland on Monday Night Football, it could be the perfect time for Olsen to hop on the analyst train. It hurts to say, but it may be time. That’ll give Carolina an additional $8 million towards their cap.

Having $61 million in cap space could be a huge selling point for a new head coach. There are other moves that could free up even more money if needed, as well.

As trivial as this may sound, this impacts the decision of some potential coaches. Even in December, the average temperature is around 55 degrees on game day. That’s a pretty big selling point for an organization. David Tepper has also mentioned eventually building a dome or a retractable roof stadium in the future, so that’s something else to think about for a new coach. 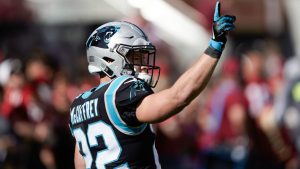 Who wouldn’t want to coach McCaffrey? The guy is a beast and will be a cornerstone in the offense for years to come. He’s the perfect player to build your team around, both on the field and off. Offensive minded coaches everywhere are salivating at the chance to coach CMC. 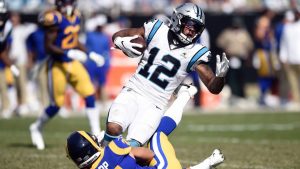 Moore has turned into a solid number one receiver this year. He’s an underrated player that will be a nice piece in a new head coaches offense. DJ is a dangerous weapon with the ball in his hands and can get a lot of yards after the catch, which will entice a new head coach. 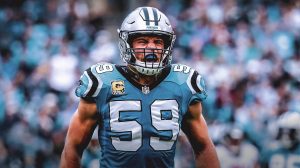 While Luke has struggled with adapting to the new defensive scheme, he’s still a cornerstone of the defense and one of the best middle linebackers in the league. If he had a rebuilt, dominant defensive line, he’d no doubt be a force again. Luke is 28 years old and still has 5-7 years of football left, so he’s the perfect player for a new head coach to build his defense around. 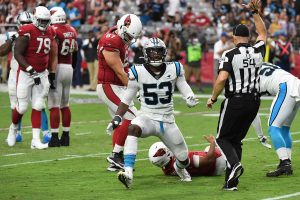 Burns is an amazing talent on the defensive side of the ball. He’s been hindered a bit with injuries, but when he’s on the field, the team goes to another level. He, along with Luke, are pieces that will be very intriguing to a new head coach.

With the way things are heading, it’s not outside the realm of possibility that Carolina could slide into a top ten draft pick this offseason. Currently they’re slated to pick 14th, but that could change if they can’t win another game or two. 11 teams have a worse record than Carolina, but five of those teams are within a game of the Panthers. A new coach having a top 10 pick is definitely a good selling point. 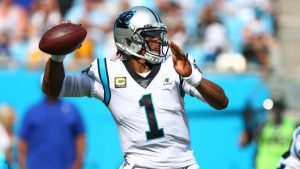 Many have written Cam Newton out of Carolina. It absolutely could happen. However, an offensive minded coach might be intrigued by having a mobile, former MVP quarterback at the helm until he finds his guy. What makes Cam so intriguing is, if he is healthy, he’s still one of the best quarterbacks in the league. We all saw that in the first half of 2018 before he injured his throwing shoulder. Cam is having surgery in December to repair his foot from a lisfranc injury and could very well be ready to go in June or July of 2020. Which means, he could be available for mini-camp in mid June.

Another intriguing aspect of Cam is, his contract is relatively cheap compared to other starting quarterbacks around the league. He’s the 15th highest paid quarterback in the league, but when he’s healthy, he plays like he’s in the top ten. If Cam is healthy, there isn’t anyone that Carolina could sign with his salary that would be as dynamic as Cam. A new coach will already know that.

Releasing Cam makes little sense, as you’d be getting nothing in return for your franchise quarterback. Trading him makes more sense, but with surgery looming, it’s doubtful that the team will get what they deserve for him. Keeping Cam is really the only option for 2020, and an offensive minded coach will probably be ok with that. Granted, the coach will be looking for Cam’s replacement for the 2021 season, barring an offensive explosion by a healthy Newton. No matter what, the quarterback position has to be addressed immediately into the offseason, so that Allen isn’t fielding snaps next season.

One more aspect of Cam, is the salary they’d save if they did move on from him. If a team does trade for Cam, Carolina would save around $17 million in cap. If the new coach deems Cam as replaceable, that extra $17 million would be a huge chunk of money to entice a coach to come to Carolina. It’s all about options.

This is a strong destination, with many advantages for any potential head coaching candidate. The Panthers have a long way to go before hiring a new coach, but an offensive minded person seems like the way to go in the new NFL. Who will it be? Who will they interview? All of these things will be answered in February or March. However, it’s fun to speculate. Panther Nation, who do you want as your next head coach? 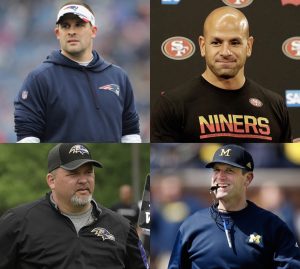