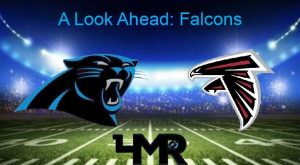 Well, this was a winnable game, but costly mistakes hurt us. Rumor has it, Aaron Jones is still running through our defense. Kyle Allen made some mistakes, but showed poise in the face of adversity. In snowy conditions, Allen and company orchestrated a drive that almost gave them an opportunity to tie the game. There are no moral victories, but this loss hurts a little less because our boys fought hard. No time to let this loss affect us. Here’s a look ahead to the Falcons:

The Falcons lost some key players in the offseason, and they’re hurting on both sides of the ball. They still have some dynamic playmakers on the team. Their record is 2-7, but they just put together their most complete game of the year to beat the red hot Saints.

Just an inch and a two point conversion short of tying. Carolina is 5-4 and will need to make up some serious ground if they want to make the playoffs. They also need to keep the opposition from gaining serious ground, as they continue to let teams run all over them. It’s definitely fixable, so hopefully they can get better. Atlanta is coming to town and it looks like they’ll be without their starting running back, Devonte Freeman, which is good news for Carolina. The Panthers would love nothing more to take the win at home against a division rival, and they can do it if they limit their mistakes.

Kyle Allen played fairly well in Green Bay, but struggled early. The two turnovers proved costly, as the Packers turned them into points. Kyle’s confidence and poise are impressive, as he doesn’t let things affect him. This week, Allen will be playing against the 25th ranked pass defense. He will need to bring his A-game against Atlanta, as will the rest of the team. Atlanta has struggled to limit chunk plays all season, so Allen will look to get the ball to Moore or Samuel down field. Greg Little is finally out of the concussion protocol, and he will be playing Sunday. This is good news for an offensive line that struggled at times Sunday, after Dennis Daley went down with an injury.

Christian McCaffrey has 141 total yards and a touchdown Sunday in Green Bay. He continues to be the workhorse. He will continue to get carries early and often against a Falcons defense that ranks 20th in rush defense. This will be a run heavy game against a division opponent.

DJ Moore is putting together a solid season, as he is currently on pace for 1,216 yards. If he succeeds in going over 1,000 yards, he would be the first Panthers wide receiver to do that since Kelvin Benjamin in 2014. Tight end Greg Olsen has three consecutive 1,000 yard seasons from 2014-2016. Moore and Samuel are becoming a very formidable receiving duo. Samuel is more of the long ball receiver, and Moore gets a lot of short to intermediate throws, while getting a lot of yards after the catch. Moore, Samuel and Olsen look to have big games against a struggling Falcons pass defense that ranks 25th in the league.

Boy, the Carolina defense really knows how to give big lanes to opposing running backs. The team really needs to work on their gap discipline if they want to be an elite defense. I believe this is the week they get it together. The Falcons come to Charlotte averaging only 76.8 yards per carry, and their top two running backs are out. As is their tight end, Austin Hooper, which is a huge loss for the Atlanta offense. I’m confident that the team will get it together Sunday. Especially with James Bradberry returning to cover Julio Jones. The key to winning for the Panthers defense is to get to Ryan as much as possible and force into mistakes.

Matt Ryan has been pretty solid in the games he’s played this year. He has a really good pair of receivers in Julio Jones and Calvin Ridley. Ryan will look to take advantage of our hurt secondary if Donte Jackson doesn’t play. This is a divisional game, so it’s going to be hard fought, no matter what team has been depleted because of injuries.

Devonte Freeman is out this week, but Brian Hill is a solid running back. If the Carolina defense doesn’t maintain their gap discipline, he has the ability to break off long runs and get first downs. Hill gashed Carolina last year for 115 yards on just 8 carries. The Carolina defense better not take him lightly.

Everyone knows Julio Jones and Calvin Ridley are a solid receiving duo, but the tight end, Austin Hooper has become an elite option for Ryan before his injury. The loss of Austin Hooper is huge to the offense, as he was on pace for 104 catches, 1,182 yards and 10 touchdowns. The Carolina secondary will have their hands full. Hopefully Bradberry’s injury won’t hinder him too much against Jones, as JB is usually pretty good at stopping Julio.

• Pressure Ryan. Charles Johnson once said that Ryan was his favorite QB to sack. Let’s hope our other defenders make him proud.

Atlanta took a hit with Freeman and Hooper out. Carolina comes in relatively healthy. The loss of Daley is canceled out by the addition of Greg Little, who will finally make an appearance after passing the concussion protocol.

This is a huge game for Carolina, who cannot make the playoffs without winning games they SHOULD win. The Carolina defense will need to step up their game if they want to hold off the Falcons at home. The Panthers will have 7 sacks on Ryan and intercept him twice, McCaffrey will have 190 total yards and 2 touchdowns, Kyle Allen will have 275 yards and 2 touchdowns and DJ Moore will have 102 yards and a touchdown. Carolina wins 31-20. Go Panthers!