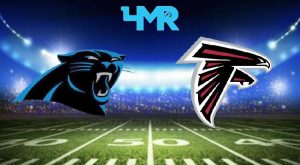 The rivalry between the Panthers and Falcons is one of the biggest in the NFL. The rivalry was dubbed “I-85 Rivalry” due to the teams being four hours apart down Interstate 85. The two teams have been rivals since Carolina’s inaugural year in 1995, as they were both in the NFC West division. In 2002, both teams were placed in the NFC South division, where they still play today. 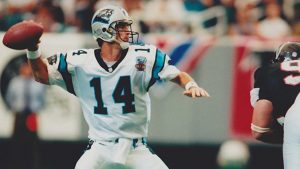 The first meeting between the Panthers and Falcons came on September 3, 1995, in Atlanta. In Carolina’s first every regular season game, the Panthers took it into overtime, where the Falcons won by a field goal. The Panthers started fast, as they took a 13-3 lead in the first quarter. Not to be outdone, Atlanta scored ten points in the second quarter to tie it up. Atlanta then scored a touchdown in the third quarter to take the lead. In the fourth quarter, Carolina quarterback, Frank Reich, threw a 44 yard touchdown to Willie Green to tie it up. In overtime, Atlanta’s kicker, Morten Anderson, sealed the victory with a 35 yard field goal. Carolina was led by Frank Reich, who threw for 329 yards, 2 touchdowns and 0 interceptions. Willie Green has 7 receptions for 121 yards and a touchdown. Mark Carrier had 5 catches for 96 yards and 0 touchdowns. Atlanta was led by Jeff George, who threw for 290 yards, 2 touchdowns and 1 interception (by Carolina’s safety Brett Maxie). Atlanta’s receiving trio of Terrance Mathis, Eric Metcalf and Bert Emanuel had a combined 270 yards and 2 touchdowns. After losing the first game in the rivalry, Carolina would only win 5 out of the next 13 games against Atlanta while in the NFC West.

In 2001, the Falcons drafted a quarterback named Michael Vick from Virginia Tech with the first overall pick. Vick was considered one of the most dynamic athletes ever drafted, and he gave Carolina headaches from the moment he was drafted, mainly on the ground. Atlanta swept Carolina in Vick’s rookie year, even though he only played one game against Carolina once and only threw two passes. 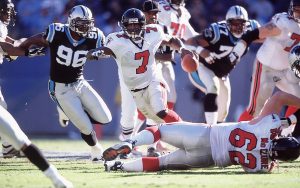 In 2002, the NFL realigned the division after the addition of the Houston Texans, who were an expansion team. The NFC South was born and the Panthers and Falcons remained rivals in that division. The Falcons would win six out of 10 games with Vick at the helm from 2002 to 2006. In 2006, Vick would become the first quarterback in NFL history to rush for 1,000 yards. In his six years with the Falcons, Vick had 1,493 yards, 6 touchdowns and 8 interceptions in ten games against the Panthers. He also had 485 yards and 5 touchdowns on the ground. Not huge stats from a guy who torched Carolina on more than one occasion. He was such a pain for Carolina, that they drafted hybrid linebacker, Thomas Davis, specifically to spy on Vick.

In August of 2007, Vick plead guilty to federal charges of dog fighting and was suspended from the NFL. He went to prison shortly thereafter. After a year of Joey Harrington at quarterback, Atlanta drafted Matt Ryan. In the four years after Vick, Atlanta would win five out of eight games.

Meanwhile, Jake Delhomme was the quarterback for Carolina until 2009. Jake has his struggles towards the end of his career after having Tommy John surgery in 2007. After Vinny Testaverde and Matt Moore played quarterback for the Panthers, they decided to go a different direction at quarterback in 2010. Carolina drafted quarterback, Jimmy Clausen, in the second round of the 2010 NFL draft. That season, Carolina only won two games, which gave them the number one pick of the 2011 draft.

2010 was a tough season for Panther Nation, but it awarded them the number one pick in the 2011 NFL draft. Carolina selected their own duel threat quarterback, Cam Newton. Cam brought the excitement back to the Carolinas, and has had a lot of high scoring battles against the Falcons.

Since Cam was drafted, the Panthers are 6-10 against the Falcons. One of those losses came last season with Taylor Heinicke under center. The I-85 Rivalry has had some close games, and some blow outs. Despite the Falcons having 10 wins over Carolina, the Panthers have outscored Atlanta 368-359 since 2011. Also, the Falcons blew a 25 point lead in the Super Bowl.

In 2018, Atlanta placed second in the division with a record of 7-9. They didn’t have a whole lot of salary cap to work with, but here are some notable transactions:

Carolina upgraded their roster significantly this offseason and they should have a good chance at beating the Falcons. Carolina will look to build on the promising start they had in 2018, where they started 6-2. Marty Hurney transformed the Carolina roster during the offseason, so there was a lot of roster turnover. Carolina’s notable transactions:

Hurney was busy this offseason and the Panthers appear to be in win-now mode. Hopefully, it translates into wins on the field in 2019.

The expectations for the Panthers in the upcoming season, is to split the series with the Falcons. It’s entirely possible that Carolina will sweep Atlanta, given their vastly improved roster. These two teams battle hard whenever they meet, and it is always fun to watch. Here is a comparison of key players for both teams:

In 14 games, Newton threw for 3,395 yards, 24 touchdowns and 13 interceptions in 2018. It should be noted that that Cam played injured from week nine to week fourteen.

As hard as this is to type, Matt Ryan was really good last year, and has been fairly consistent throughout his career. He has passed for 5,996 yards, 36 touchdowns and 16 interceptions for Atlanta in 22 games against the Carolina. In the last five years, Ryan has the most yards per attempt in the NFL. Newton has 3,241 yards, 21 touchdowns and 16 interceptions in 15 games against Atlanta. Cam also has 721 yards rushing and 6 touchdowns in the same time frame. Unfortunately, Matt Ryan takes this one by a hair. This could change in 2019, as Carolina will have a healthy Cam Newton with a bevy of weapons and improved offensive line.

Last season, Freeman had 14 carries for 68 yards (4.9 AVG per carry) due to an injury. In week one, he sustained a knee bruise and missed three games. Then, a sports hernia ended his season.

McCaffrey wins this by a mile. Not to say Freeman isn’t a good running back, but he doesn’t have the upside that McCaffrey does. Atlanta hopes that Freeman has a bounce back year, but it won’t be enough to knock CMC out of first place.

Jones has been a model of dominance and consistency throughout his career. Last year was no different, so Jones wins this by a landslide. It’s hard to tell what Samuel will do based on his injury history. Samuel could very well have a dominant season based on what everyone saw in training camp, but it remains to be seen if he will surpass Jones in 2019.

Hooper has done well in Atlanta’s offense, but he isn’t the red zone threat that Olsen is. Olsen wins this based on him being completely healthy (he’s stated publicly that this is the first time he’s been 100% in two years), his blocking and his red zone dominance. Hopefully, Olsen will remain healthy and give Cam that safety net that he’s missed.

Last season, Atlanta’s defense was towards the bottom of the league, as they  were 28th in yards allowed and 8th in most points allowed.

Carolina’s defense should be much improved this year, with the additions of Gerald McCoy, Bruce Irvin, Brian Burns, Tre Boston and Javien Elliott. Carolina will also have a multi-look defense instead of a base 4-3 like in year’s past, so it will be interesting to see how much of a pass rush will be generated this season. Atlanta upgraded their defensive line, but it likely won’t be enough to make much of a difference. Carolina wins this matchup with ease.

If Carolina stays relatively healthy, they should at least split the series with Atlanta. Judging by how poorly Atlanta did last year, it’s not impossible for Carolina to sweep Atlanta. It could honestly go either way, but Carolina has the talent to retake their throne atop of the NFC South.