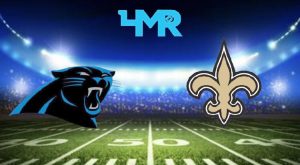 The Panthers and Saints have one of the biggest rivalries in all of football. Hate runs deep between the two teams, and the rivalry has been heated from the very start. Both Carolina and New Orleans have been in the same division since Carolina’s inaugural year in 1995. From 1995-2001, the Panthers were in the NFC West division, where New Orleans had been since 1970. In 2002, both teams went to the newly formed NFC South, where the rivalry continued. 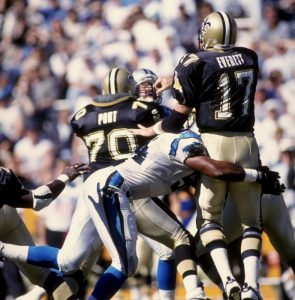 The first meeting between the Panthers and the Saints came on October 22nd, 1995 at Clemson University, where Carolina played their first season. The Panthers came away with the victory that day, due mainly to Carolina’s defense intercepting Jim Everett four times. The Panthers’ defense was led by Brett Maxie with 2 interceptions, Bubba McDowell with 1 interception and Sam Mills with 1 interception. After winning the first game, New Orleans went on to win 8 out of the next 13 games. It should be noted that Panthers’ Hall of Honor member, Wesley Walls, played for the Saints in 1995. These two teams would have a lot of battles throughout their years in the NFC West, but it wouldn’t hold a candle to what had yet to come.

In 2002, the NFL realigned the divisions after they added the Houston Texans as an expansion team. The NFC South was born and the Panthers and Saints remained rivals. Carolina would win five out of the next eight games, from 2002-2005. In 2006, the division got a little tougher. After not getting the contract he wanted in San Diego, quarterback Drew Brees signed a six year deal with New Orleans. Even though the future Hall of Fame quarterback has been a thorn in Carolina’s side, from 2006-2010 Carolina still beat New Orleans six out of ten times. Jake Delhomme, Steve Smith and a nasty Panthers’ defense made it nearly impossible for New Orleans to beat Carolina. Additionally, New Orleans didn’t have that great of a defense. In 2010, Carolina had a rookie quarterback named Jimmy Clausen starting. New Orleans swept Carolina that year, and Carolina went 2-14. 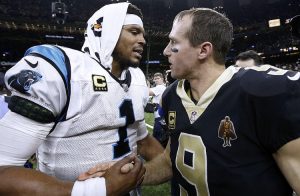 In 2011, Cam Newton was drafted first overall for the Carolina Panthers. Since then, there have been many exciting, high scoring games and last second heroics by both teams. One particular last second win came when Cam led the Carolina offense down the field and threw a touchdown pass to Domenik Hixon with 23 seconds left to beat the Saints in 2013. The week 16 game helped Carolina win the division, and when that touchdown was scored, the stadium shook like never before.

Since Cam was drafted, the Panthers are 8-8 against the Saints. One of those wins came last year with quarterback Kyle Allen at the helm. The fact that these two teams are both 8-8 in regular season meetings in the last eight years, shows how hard they play against each other. Carolina has scored a total of 409 points in the Cam era and New Orleans has scored 434 points in the same time.

New Orleans has been consistently good for the last two years, as their records have been 11-5 in 2017 and 13-3 in 2018. However, it’s hard to gauge what they’ll do this year. Drew Brees is older, their defense is still suspect and they didn’t have the salary cap space to make necessary moves. Saints notable transactions:

New Orleans didn’t have a lot of cap space to work with, but they also went to the playoffs last year with, essentially, this same team.

Barring major injuries, Carolina should have a decent shot against the Saints. Marty Hurney upgraded the Panthers significantly this offseason, and they look to build on the promising start they had in 2018, where they started the season 6-2. Carolina’s notable transactions:

The expectations for the Panthers in the upcoming season, is to split the series with the Saints. Both teams have the talent to sweep the other, but chances are, each will win at home. This is a hard fought battle every time these two teams hit the field, and it should be fun (and exhausting) to watch. Here is a comparison of key players for both teams:

In 14 games, Newton threw for 3,395 yards, 24 touchdowns and 13 interceptions in 2018. It should be noted that Cam played injured from week nine to week fourteen.

It’s hard to argue that Brees has had a Hall of Fame career. He has passed for 6,701 yards, 44 touchdowns and 20 interceptions for the Saints in 23 games against Carolina. Newton has 3,238 yards, 21 touchdowns and 11 interceptions in 15 games against New Orleans in 15 games. Brees obviously has the edge over Newton in this one. Given Brees’ age and loss of production, as well as Cam being healthy, it could be a lot closer this year.

Essentially, McCaffrey and Kamara are the same player with similar skill sets. McCaffrey had a better stat line, but he was also the featured back in Carolina, but Kamara shared carries with Mark Ingram. It remains to be seen if Kamara can be consistent with more of the workload. Latavius Murray could also take carries away from him. McCaffrey could possibly take the lead between the two players this season.

Thomas wins this matchup based on his consistent performance and the fact that he has more receptions in his first 3 years than any other player in NFL history. Samuel is an unknown element due to his injury history. Samuel was the training camp MVP in the eyes of the coaching staff, but it remains to be seen how it will translate to the games.

Last season, Cook has 68 receptions for 896 yards and 6 touchdowns in 16 games with the Raiders.

Olsen and Cook are pretty even. Both players are good pass catchers, both are good blockers and both are good in the red zone. If Olsen were healthy, he’d be ahead of Cook, but the last two years show that Greg might be considered injury prone. The foot injury is tough to recover from. Hopefully Olsen’s foot will be strong and he can return to his Pro Bowl form.

Last season, New Orlean’s defense was also in the middle of the league, as they allowed the 14th most yards per game and also the 14th most points per game.

Carolina’s defense should be much improved this year, with the additions of Gerald McCoy, Bruce Irvin, Brian Burns, Tre Boston and Javien Elliott. Carolina will also have a multi-look defense instead of a base 4-3 like in year’s past, so it will be interesting to see how much of a pass rush will be generated this season. New Orleans did little to upgrade their defense. They’ll likely be middle of the pack again, but against Carolina, they will likely struggle. How can any defense account for McCaffrey, Newton, Samuel, Moore and Olsen?

If Carolina stays healthy, they should at least split the series. There’s a possibility that Carolina could sweep if Brees’ play continues to decline. Mainly, it could happen if things continue to click for Carolina. This could be the year that the Panthers retake their thrones as the Kings of the South.