On December 31, 2018, Carolina signed 14 players to future contracts, nine of which finished the year on our practice squad. Even if they’re long shots to make the 53-man roster, we here at 4 Man Rush wanted to give you some information on the guys that no one is talking about. 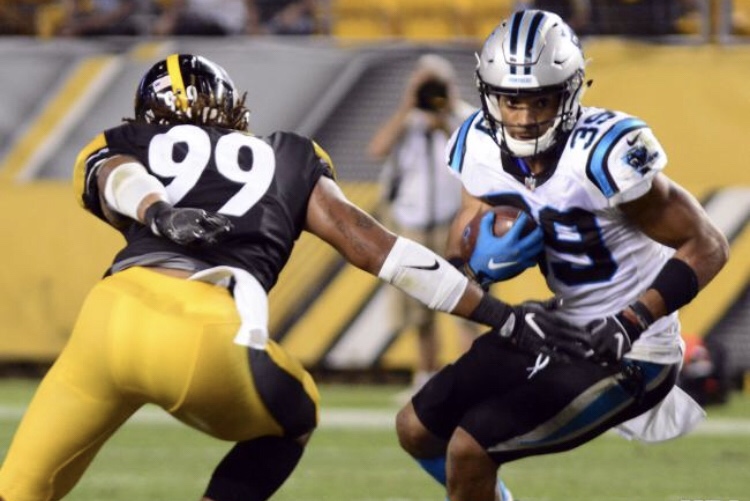 Reggie signed as an undrafted free agent in 2018. He was waived in May but signed to the practice squad in September. At Louisville, Reggie played QB, RB and WR, which showed his athleticism and versatility. During his senior season, he had 93 carries for 459 yards and 21 receptions for 182 yards. Having Reggie on the roster could provide some added speed and youth to an already fast WR room. 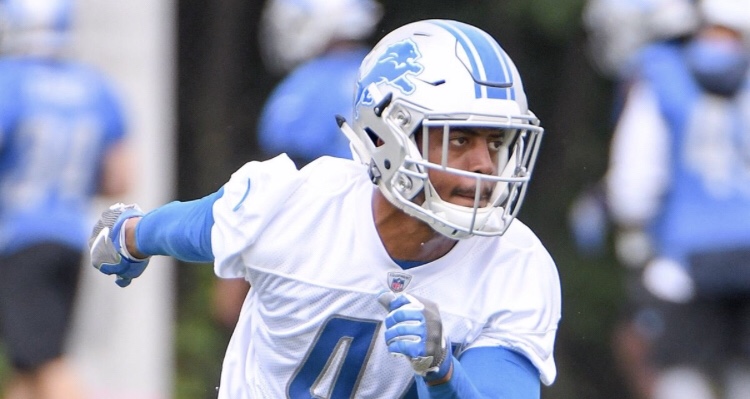 Josh was signed by the Detroit Lions after the 2017 NFL Draft. After being released by Detroit, he spent time on Baltimore, Houston, Carolina and Buffalo’s practice squads, before coming back to Carolina in December. As a senior at Southern Utah, he had 38 tackles and 3 interceptions. Even though we just released Captain Munnerlyn, I don’t see Josh beating out Elder, Seymour, Cockrell or Doss to make this roster.

Elijah was drafted by the Philadelphia Eagles in the sixth round of the 2017 NFL Draft, where he won a Super Bowl. He was waived by the Eagles in September. During his senior season at Washington, Elijah had 38 tackles, 5 for a loss and 3 sacks. I fully expect Carolina to re-sign Kyle Love, so I don’t expect that Elijah will make the 53 man roster. Even if Love doesn’t re-sign, I think we will sign a free agent or draft another DT.

Woodrow was signed by the New England Patriots as an undrafted free agent after the 2016NFL Draft, where he got a Super Bowl ring while being on the practice squad. He was released with an injury settlement in September 2017. In October 2017, he was signed to the Saints practice squad, where he stayed until September 2018. Woodrow was signed to the Giants’ practice squad before being signed by Carolina. During his senior season at Ole Miss, Woodrow made 30 tackles, 3 for a loss and 1 sack. I believe there will be another DT signed or drafted, so I don’t foresee Woodrow Hamilton making the 53 man roster. I’m not entirely sure he will even make the practice squad.

Chances of making the roster 0%

Landon Turner was signed by the New Orleans Saints as an undrafted free agent after the 2016 NFL Draft. He was on the Saints practice squad for two years until he was released in October. Landon was then signed to the Vikings’ practice squad, before being released nine days later. Since Taylor Hearn and Brandon Mahon impressed the coaches last year, I don’t think Landon has a chance to make the 53 man roster.

Ian has been somewhat of a journeyman since being drafted in the sixth round by the San Francisco 49ers in the 2015 NFL Draft. After his release, he has played for the Patriots, Titans, Colts and three separate times with the Raiders. With Taylor Hearn and Brandon Mahon waiting in the wings, I don’t foresee Ian making the 53 man roster. 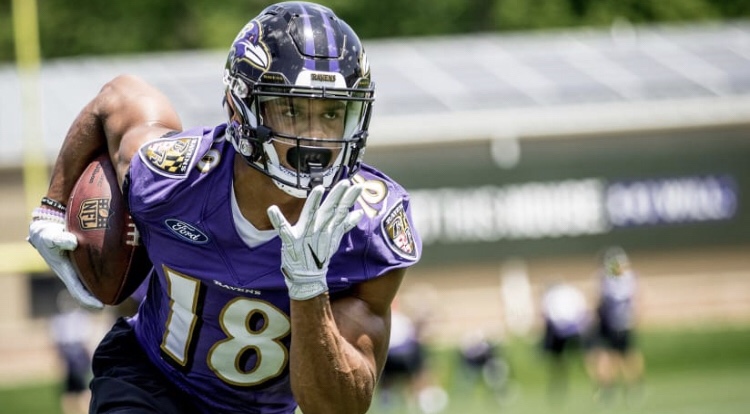 Andre was signed as an undrafted free agent by the Baltimore Ravens after the 2018 NFL Draft. He was then released and signed to the their practice squad, where he was again released in October. Andre was signed to the Jacksonville Jaguars practice squad a week prior to signing with Carolina. As a senior at Virginia, he had 34 catches for 689 yards and 7 touchdowns. I see Andre as more of a camp body instead of being on the active roster.

DeAndrew was signed by the San Francisco 49ers as an undrafted free agent after the 2015 NFL Draft. He was waived in September 2016 and has since been on the Patriots, Texans and Panthers practice squads. During DeAndrew’s senior season at Alabama, he had 40 catches for 504 yards and 4 touchdowns. Even with the probable loss of Devin Funchess, I don’t see DeAndrew making the 53 man roster. Especially since he has struggled to stay healthy, dating back to his college days.

Chances of making the roster 0%

Like Ian Silberman, Brandon has been a journeyman since entering the league as an undrafted free agent in 2016. He has been on the practice squads of the Rams, Lions, 49ers, Titans and Colts prior to getting signed to the Panthers’ practice squad in October. Brandon is the brother of Bradley Chubb, Denver Broncos’ standout LB and cousin to Nick Chubb, Browns standout RB. As a senior at Wake Forest, he had 94 tackles and 8.5 tackles for a loss. With the recent losses at the LB position, it’s not outside the realm of possibilities that he finds a spot on our roster as a special teams guy.

Antwoine was drafted by the Detroit Lions in the fifth round of the 2016 NFL Draft. After being released by the Lions in September of 2017, he was signed to the Vikings practice squad. He was released after a year in Minnesota, then signed to Seattle’s practice squad for two weeks before being released. As a senior at Georgia Southern, he had 107 tackles, 10.5 for a loss, 4 sacks, 4 forced fumbles and 3 passes defensed. With the losses to our linebacker corp, Antwoine has a chance to make the Carolina roster, even if it’s as a special teams guy.

Cole Luke signed with Carolina in 2017 as an undrafted free agent. He was placed on injured reserve in September of the same year, with an ankle injury. He was waived in September of 2018 and he was immediately signed to the practice squad. Cole is the nephew of former Pro Bowl DB Darren Woodson. As a senior in 2016, Cole had 48 tackles, 2 for a loss and 2 interceptions. Some Panthers fans may know Cole from his play in the preseason game against the Steelers, in which he punched the ball out of the receivers hands from behind, causing a fumble. The ball was recovered by recent signee, Damian Parms. Since the team decided to let Mike Adams walk, there is an open spot at Safety. Cole will have to battle Kai Nacua, Damian Parms, Quin Blanding and a possible incoming free agent for that spot.

Kai was signed as an undrafted free agent by the Cleveland Browns after the 2017 draft. Kai went on to play all 16 games for Cleveland, while starting three of those games. He was waived in April of 2018 and immediately claimed off waivers by the Ravens, where he spent the majority of his time on the practice squad. As a senior at BYU, Kai recorded 48 tackles, 1.5 for a loss and 6 interceptions. He also had 6 interceptions in his junior year. With the news that the team has moved on from Mike Adams, this leaves a possible spot for Kai. He will have to battle with Cole Luke, Damian Parms, Quin Blanding and a possible free agent for that spot. 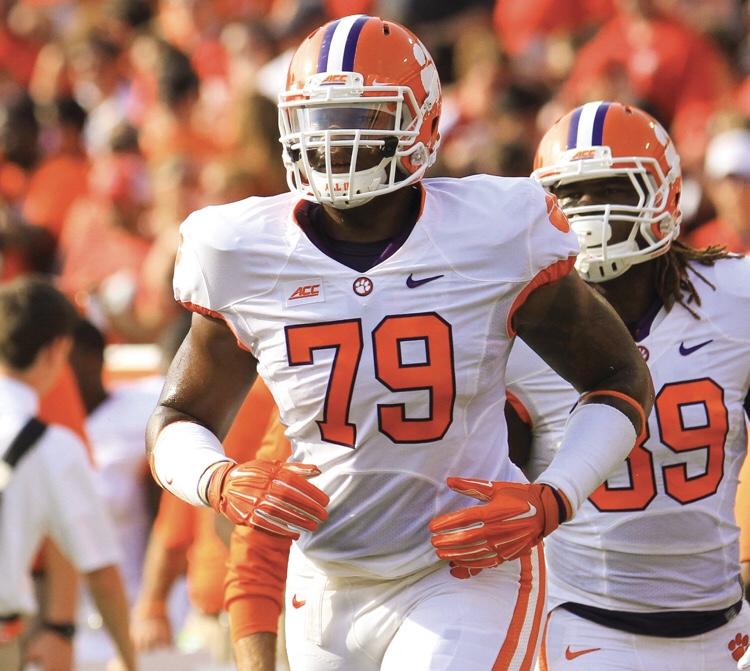 Due to off-field issues that include marijuana possession, violating team rules and punching an NC State player, Isaiah entered the 2015 Supplemental Draft where he was selected by the St. Louis (now Los Angeles) Rams in the fifth round. The Rams gave up their 2016 fifth round pick to get Battle in the Supplemental Draft, which they thought was a good move because they had a third round grade on him. Battle is a good candidate to make the team as a backup because I feel like he has all of the physical tools needed. Especially since Chris Clark and Marshall Newhouse are not likely to return.

Quin is my dark horse favorite to make the active roster. He signed with the Redskins as an undrafted free agent shortly after the 2018 NFL Draft. He was waived in September and went unclaimed. Quin is my favorite to make the roster because I believe he has the intangibles needed to play at the next level. He reads the run well, plays with good bend and balance, is very intelligent, takes good angles, has good size and is durable. So durable, in fact, that he played in 98% of the defensive snaps as a four year starter. I do question his speed and his backpedal transition. Quinwas a five star athlete and was a true freshman starter at Virginia. He had 492 tackles, 9 for a loss and 10 interceptions as a four year starter. The 492 tackles was good enough to get him ranked second all time in the ACC behind Carolina’s own Luke Kuechly. In my opinion, he has what it takes to be a back up at safety, especially since we let Mike Adams walk and he has little competition right now.

Let’s face it, there’s a reason no one is talking about these guys. They were signed to be camp bodies and practice squad players. There is an outside chance that one or two of these players make the team, but they all have things working against them. If you’re wondering how future contracts work, I’ll explain it.

How much are future contracts worth?

In most cases, future contracts are worth league minimum.

Who is eligible for future contracts?

Any player who isn’t on a team roster at the season’s end. Unrestricted free agents and most commonly, practice squad players. More times than not, the players that teams sign to future contracts are from their own practice squad, to prevent teams stealing them away.

Thanks for taking time to read this opinion piece and learn about our new players. Someone had to give them a voice and hopefully we did each one justice. Let us know what you think! #4MR #WhatARush